A NSW client was looking for a product that:

A series of workshop trials were carried out to determine the most effective way to seal off the roadways using ROCSIL ® FOAM plugs. A two directional application head was developed. These workshop trials were followed by 4 underground trials.
Two boreholes were installed 8 –12m apart for lowering of the remote head and remote camera. A remote camera was used to view the installation of the ROCSIL ® FOAM plug. The camera was lowered down the second borehole and was fitted with a light and rotating lens to allow real time footage of the seals construction.

Upon completion of each pressure chamber nitrogen was pumped in between the vent plugs and a positive pressure was achieved indicating that effective seals were installed. All seals installed at the mine were effective and were easily breached by mines rescue using only a shovel and pelican pick.

A QLD client was looking for a product that could be rapidly deployed:

Labour, equipment and materials were mobilised, risk assessments undertaken and safe work procedures developed to successfully install a series of ROCSIL ® FOAM plug seals to the satisfaction of the client. Remarkedly, no camera was used for the borehole vent plugs and remote-controlled equipment was used for the mine entry seals. This work highlights WM’s capability to quickly respond to emergency situations and deliver safe and effective world-class results. 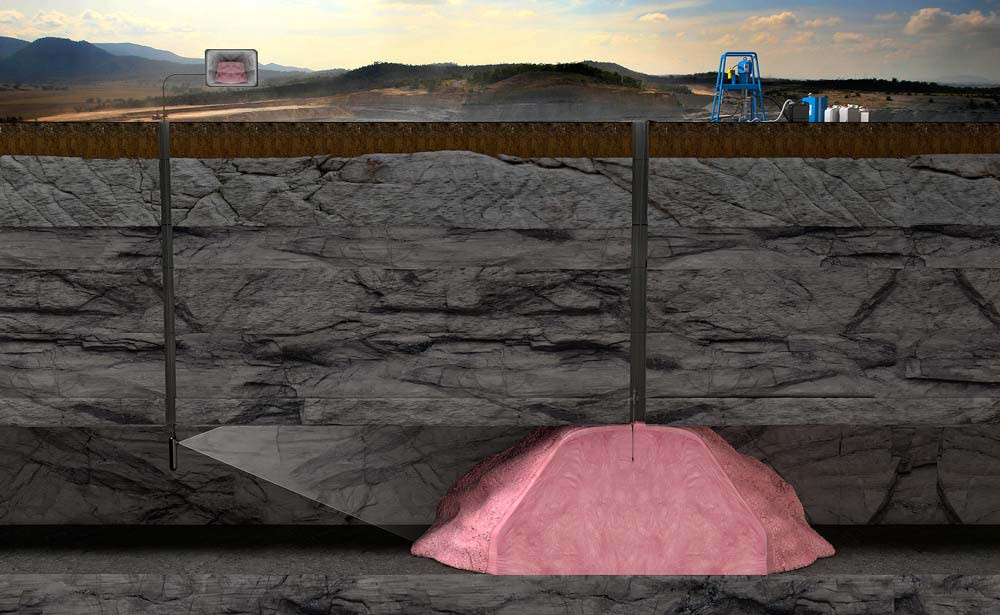 A NSW client was experiencing heavy conditions in the longwall tailgate causing the coal face to prematurely fail and bury the tailgate shields. It was decided to use ROCSIL ® FOAM as a rib stabiliser in an attempt to prevent the rib from failing.
Due to the lack of access to the longwall tailgate a borehole was drilled outbye to allow ROCSIL ® FOAM to be pumped from the surface with the intention of stabilizing the ribs in advance to avoid any longwall downtime through the stressed area.
A pump station was set up on the surface with the hoses lowered down the borehole on a wire rope. The ROCSIL ® FOAM was pumped 250m down a borehole then 275m along the tailgate road to the stressed area. A ROCSIL ® FOAM block was constructed approximately 1.5 –2m thick along the entire length (approximately 100m) of the stressed area.
The rib stabilisation was successfully undertaken without incident.

Surface subsidence cracks were successfully repaired for a NSW client at a remote site using a modified cavity filling system developed by WM. All equipment and materials were delivered to the work site using a helicopter as site access was restricted and also to minimise surface disturbance. ROCSIL ® FOAM was the product used for this application. 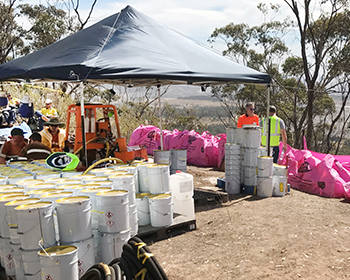 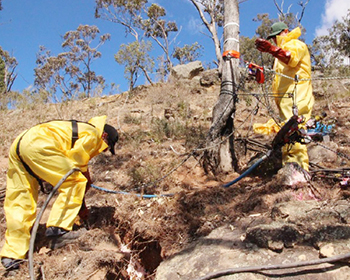 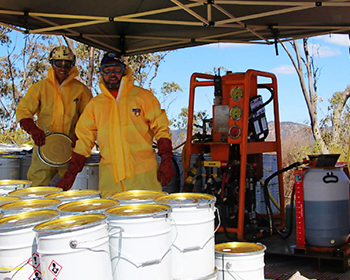 The project was successfully completed without incident and the crack repairs were deemed to be highly effective subsidence crack remediation measure.

Technical information on novel uses of ROCSIL ® FOAM is available here. Contact us to develop a tailored solution to meet your needs.

Metarock (ASX: MYE) is a leading Australian mining services group providing a diverse range of services and products to underground operations across the country.